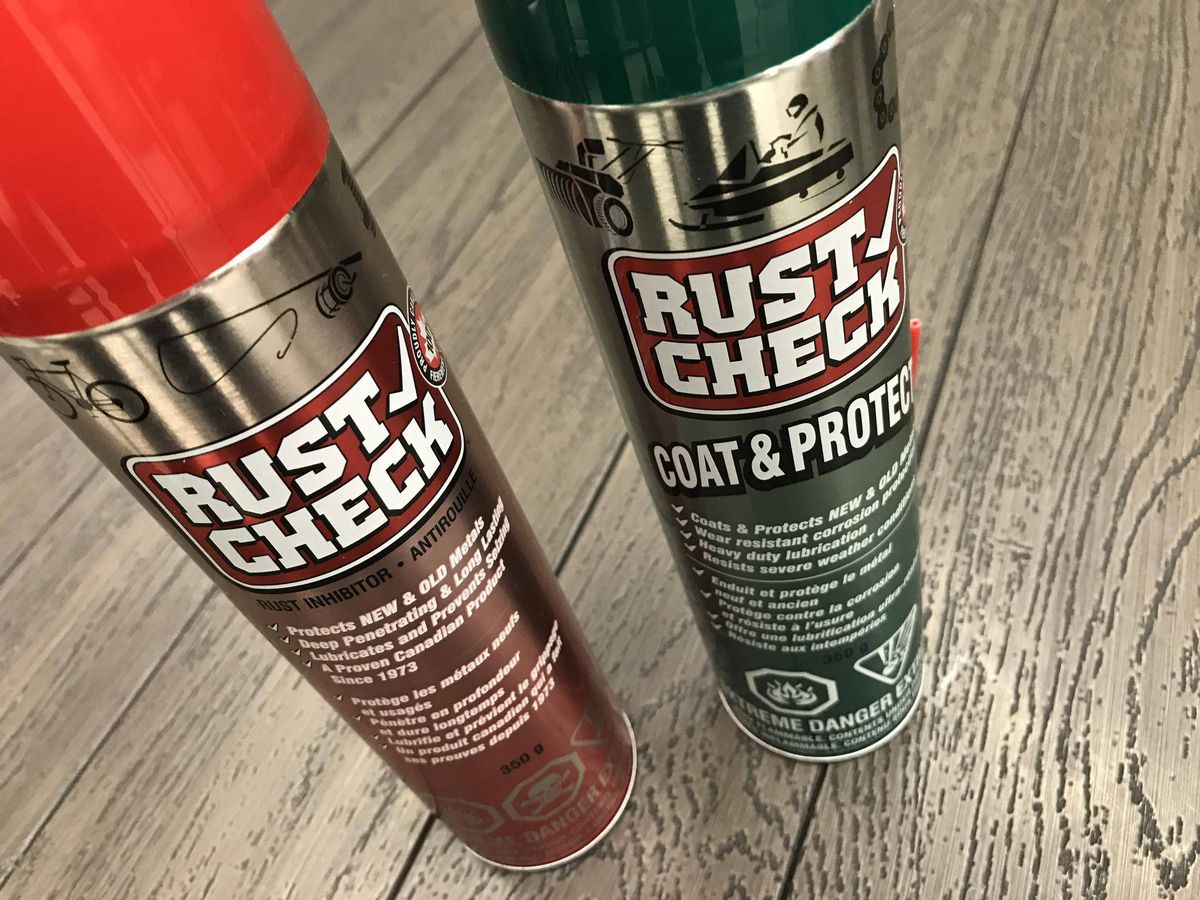 JOANNE ELVES
SPECIAL TO THE GLOBE AND MAIL

There it is creeping in quietly through the cracks and onto exposed metal. And like bad acne on a teenager, the scars of rust are permanent. But could you have prevented it? Maybe. Maybe not. But wouldn’t an ounce of inexpensive prevention be worth a try?

According to Rust Check, a leading manufacturer of rust inhibitors, close to 80 per cent of untreated vehicles show signs of rust at the six- or seven-year mark. And with many Canadian roads sprayed with calcium or magnesium chloride for ice reduction, those little red blotches come sooner.

By annually spraying a product like Rust Check on all the areas in, on and under your vehicle that are susceptible to road salt (which sounds like the entire body), you should prevent rust from taking hold. But how do we know for sure that it worked? We don’t have six years to do a test on half a car.

If you do choose to rust protect your auto, the red can of Rust Inhibitor is great on the doors and fenders as it eventually dries. Be forewarned, the spray can get everywhere and all over the garage floor. The green can of Coat & Protect is thick like bitumen and never dries. Both should last through numerous wash cycles throughout the winter season.